Mayhem High, is in the middle of a winning football season, school pride is running rampant....GO TEAM! Not only is competition fierce on the football field,  but the students are battling it out for grades, popularity, class ranking as well as the coveted title of homecoming king and queen. 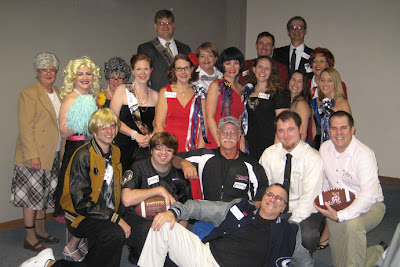 The cast of characters include students and faculty. Principal Simpson, Vice-Principal Patterson, Teach Tanner, Coach Walters and Dr. Talk, the school counselor make up the faculty. 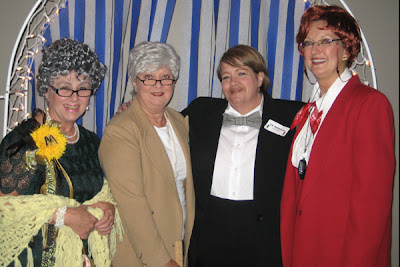 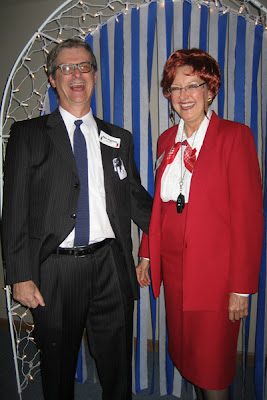 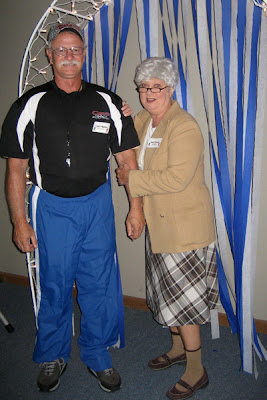 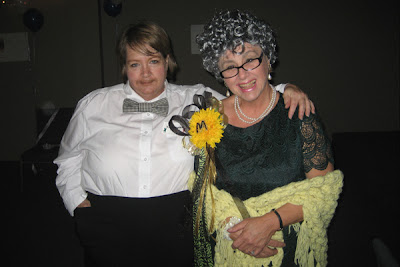 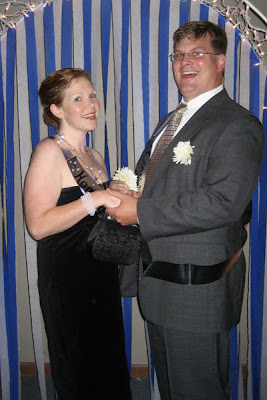 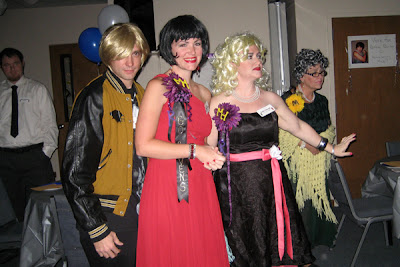 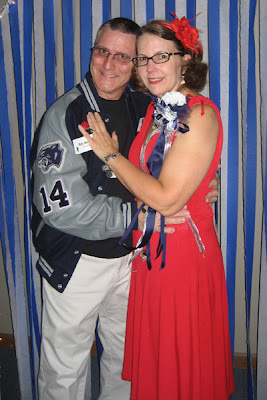 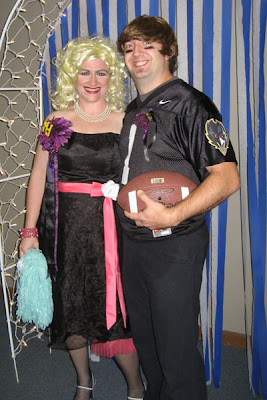 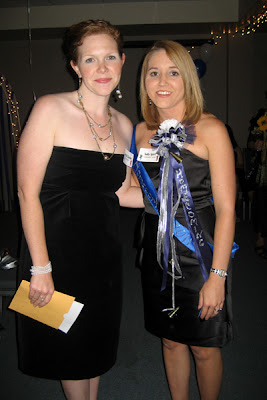 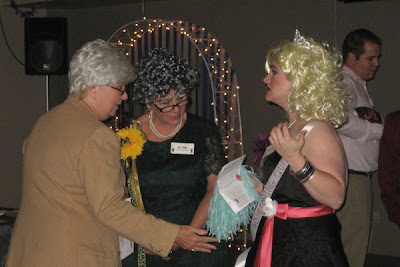 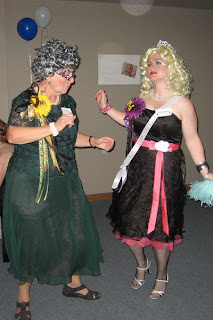 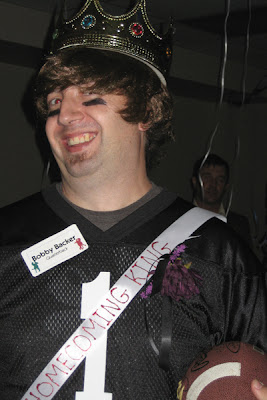 Bobby Backer is thrilled to be chosen Homecoming King.
The seniors at Mayhem High think their future is bright....until the unthinkable happens...the homecoming king has been murdered!  Who could have done it? 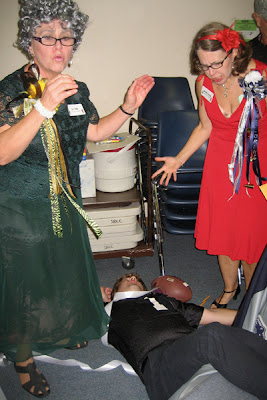 Is there a doctor in the gym?  Does anyone know CPR?
But sadly, it's too late for Bobby... Why would anyone murder Bobby?  Who could have done it? 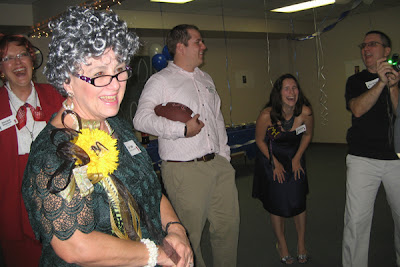 Once again, a good time was had by all while we tried to uncover the murderer.
Posted by steviewren at 10:58 AM