Anyone old enough to remember when we played pinball instead of video games? 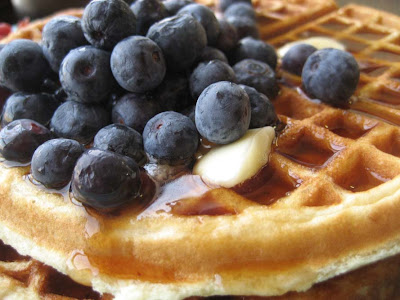 The memory came to mind this morning via a strange route.  Let me start at the beginning. I wanted a big weekend style breakfast...waffles with bacon and butter and lots of syrup.  As a nod to healthy eating, I decided to wash some blueberries and top the waffles with them.

And that is where it all began.  I grabbed a full carton of blueberries to take it over to the sink. Hmmmm, yeah...it wasn't closed. Blueberries spilled out all over the kitchen floor, rolling willy-nilly over and under everything.  So, I retrieved my new nylon broom and began sweeping them into a pile....well, I began trying to sweep them into a pile.

This is the point in the story where the blueberries take on a life of their own. Each movement of the broom propelled berries in every direction. Some went forward, some backward.  Some shot under appliances and some rolled back out into view again. Some got stuck in the bristles of the broom only to break loose and shoot off independently at the very moment I thought I finally had them all ready to sweep into the dustpan.

It was then that I was reminded of  the late 70's. We were standing in the pizza parlor waiting for our order to be done. While we waited we fed the pinball machines, playing game after game.  I was no expert. I would pull the spring and silver balls would be propelled upwards. Then I would snap the flippers manically trying to prevent the balls from dropping into the slots at the bottom of the machine which would end the game.

This morning as my broom propelled blueberries randomly around the kitchen floor I was reminded of the sight of those long gone pinballs and the dinging that each would make as it hit a target.

Finally, I corralled the wayward blueberries, tossed them in the trash, washed the ones that were left in the carton and topped a plate of steamy waffles with them. They were good and so was the memory.
Posted by steviewren at 11:29 AM