One of the ways the Magic City celebrates Christmas is by offering an open house each year at Arlington, the only antebellum home located in the city. The Greek Revival home was build between the years of 1845 and 1850 by Judge William S. Mudd.  It changed hands a number of times, but the home was privately owned until 1953 when it was acquired by the Jefferson County Historical Association.

During the Civil War, the mansion was occupied by Union General James H. Wilson.  He used the location while he planned a raid  to destroy Confederate factories and munitions in Selma, Alabama. Fortunately, the home survived the war intact. 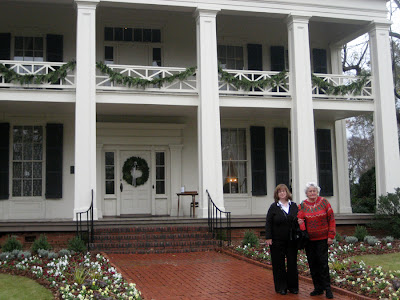 my mother and sister-in-law 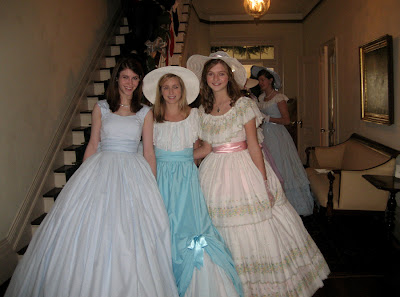 a bevy of pretty beauties greet us at the front door
The mansion is decorated for the season with greenery, fruit and treats. Downstairs there is a formal parlor, dining room and a smaller sitting room. 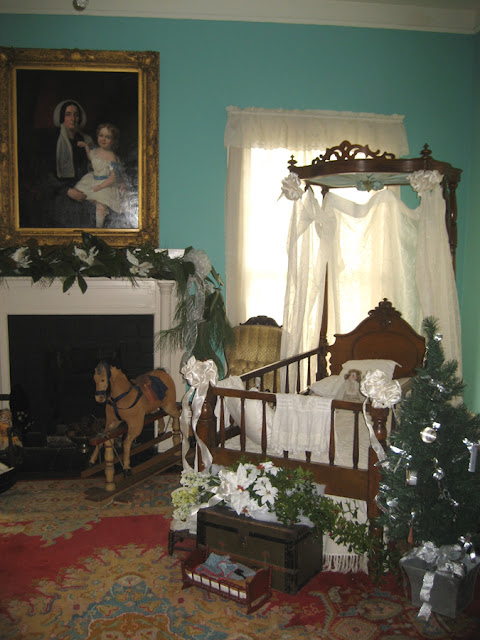 One of my favorite bedrooms is the children's room with its canopied baby bed. 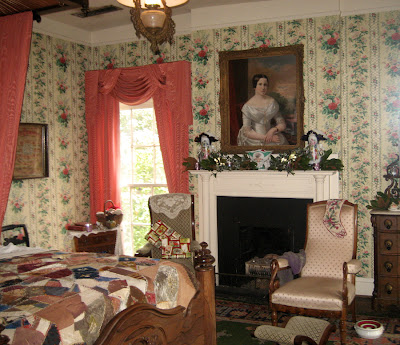 There is also a grandmother's room...how thoughtful and so cozy!
The kitchen is detached from the main home....so there is less danger of the home burning down. 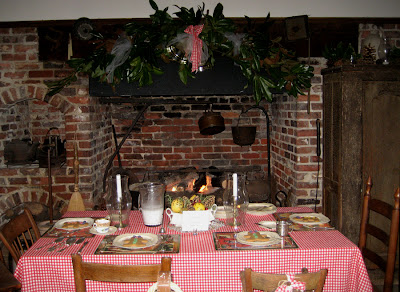 There was a roaring fire in the hearth. The table was set. Gingerbread cookies were on the menu.
Everything was cozy and nice.
Posted by steviewren at 2:28 PM