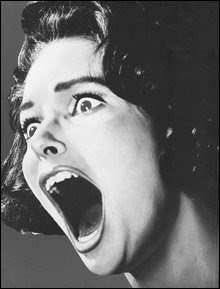 I was right in the middle of typing up a post on Rachel's laundry soap recipe for those of you who asked .....when I discovered I wrote it all down except......the number of cups of hot water to use....what was I thinking? Usually this wouldn't be that hard to resolve. I would just call her and ask....but she is at Disney World. Of course, this is the age of the cell phone....no problem, I'll just call....no answer......duh....she's busy having fun! So the recipe will have to wait. Sorry.

(starting to calm down...can tell my irritation level by the number of ellipses I am using)

I've been IMing with my TX son all morning about the virus that has been trying to hijack my computer. I have a anti-virus and a spyware application but after running it 3 times it didn't seem to be completely getting rid of it. So I called in the expert. We downloaded a trial of another anti-virus and tried it. So far I think it is working although the Internet is still running slow....so not 100% sure yet.

While trying to tell my son what I was seeing on the screen and not doing a good job of it he told me to do a screen capture and email it to him so he could see what I was seeing. So I did. He IMed me back..."it captured the screen with IM in front? I can't see the Norton screen ." Oh my gosh, I laughed at myself until I cried. "Stupid me hahahahahahaha" I IMed back. His reply, "Dork." Then "lovingly....dork." (ellipses love runs in the family I guess)

After all that irritation I had to take an Aleve. My shoulders and neck were killing me. Too much tension. So I decided it was time for a break. I covered up with my red crocheted afghan and put Nights at Rodanthe with Richard Gere and Diane Lane in the DVD player. Why, oh why didn't someone warn me that this movie is a major tearjerker?????? Not the kind of movie I needed to see today! Why would I ever want to watch a movie about a woman who has been jilted by her two timing husband, finds the love of her life in the middle of a stormy weekend, and after exchanging sweet love letters for months and months finds out he is killed by a natural disaster the day before he is coming to be with her forever....................ARRRRRRGH!

This has not been my favorite day. I think I will go downstairs and try to make something pretty. I will only listen to soothing music for the rest of the evening. I will go get a icy Coke. I will eat some chocolate. I will be better later.
Posted by steviewren at 5:43 PM