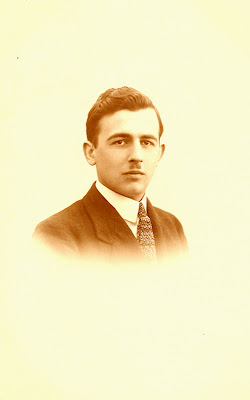 Harry cuts a dashing figure of a man don't you think?

It's Easter and Harry's mother wants to gently remind him of the significance of the season, so she tucks this postcard into her most recent letter to him. She wants him to remember to go to services on Sunday. She's afraid he is often too busy to do so. 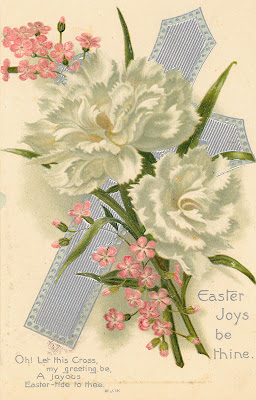 He props the card on the dresser of his rented room, where he can see it daily as a reminder of home and family. 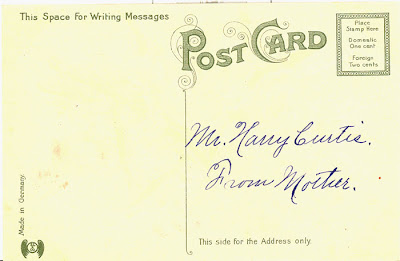 This is the second year that Harry has been far from home on the holidays. He is a student of medicine in Edinburgh, Scotland.

Here is a picture of Mother and Papa. Harry looks distinguished like his father, wouldn't you agree? 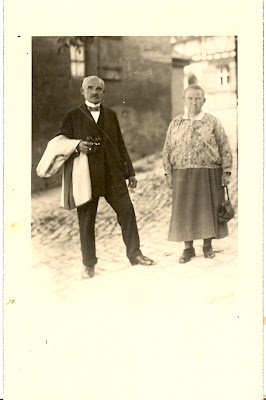 Mother has always loved to keep up with the latest fashions. She won't wear anything if it doesn't have a designer label. 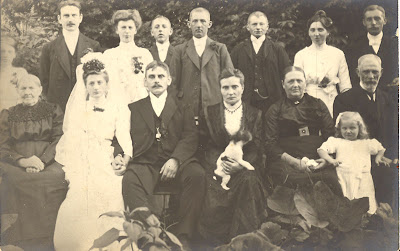 Harry is sweet on the short blond girl on the left who is only half seen in the photo card. She is his 2nd cousin thrice removed. She is a little young for marriage right now, but he thinks she will be the perfect age for him once he completes his studies. He is sure she will make a fine doctor's wife since she was always willing to play doctor with him when they were kids.
Harry knows that Mother does her best to keep him connected to the family. He's sure she is afraid he'll drift away just as Uncle Harold, the uncle he's named after, did. When Harold first emigrated to Australia, after investing in a sheep farm in the outback, he sent cards and pictures home on a regular basis. But following a strange letter chronicling his plan to order a bride from Indonesia, he has never written again. Maybe he was worried that his unconventional lifestyle would scandalize the family. 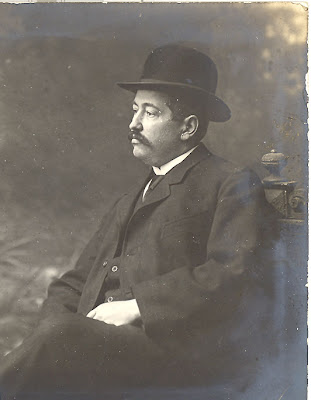 Harold sent a copy of this picture along with his proposal to his mail order bride.
The family worries about Harold, even after 15 silent years.

Happy Postcard Friendship Friday! Please humor me on my attempt to give you the back story regarding the Easter postcard to Mr Harry Curtis from his mother. I'm no MuseSwings, but I wanted to get in on the fun! Go here for more postcard mania.
Posted by steviewren at 8:54 PM