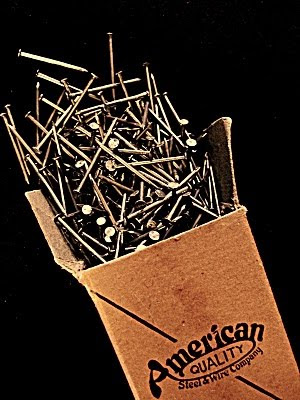 As the front door opened, shoppers pressed into the tiny cottage. While standing in line out front, Jennifer had heard that the elderly woman who had lived alone there had recently been moved into a nursing home by her nephew.

She was supposed to be on her way to the local home improvement store to pick up some supplies that her husband Tim needed. Building their dream home was a point they had been working and saving towards for five years. Now that the walls were up and the electrician and plumber were done with their part, Tim planned to do most of the finishing work himself. She was his official gofer. The house would be a modest three bedroom home with a craftsman flare. But, there would also be a full basement and a large attic space. Both could be built in later when extra space was needed.

After almost passing the forlorn little cottage with the estate sale sign in front, Jennifer had impulsively pulled over and joined the shoppers. She thought that she might find a cute piece of furniture to re-do for her new home.

Once inside, Jennifer quickly realized the house was much too crowded with bargain seekers to properly see anything. She noticed the door to the basement was slightly ajar and decided to start downstairs and work her way back up.

The basement was dark. One dim light hung in the middle of the space. Stacks of boxes lined the walls. A few broken or worn out pieces of furniture randomly sat here and there. In one corner was the furnace and in another the water heater.

Jennifer moved to the stack of boxes closest to the stairs and opened the one on top. Inside she saw worn out toaster, some bent kitchen utensils, kitchen towels that looked like they belonged in a rag bag and some coffee filters. Nothing here to interest her. In the next box, she found books. Tim would protest if she came back with any junk that couldn't be used or fixed for the new house. She didn't blame him. They were out of storage room in their tiny apartment. "In fact," she thought, "What am I doing here? We don't need anymore stuff right now."

As she turned to leave she noticed the small wooden box with a carved lid sitting on top of a chest of drawers. She walked over to more closely inspect the box. It looked handmade. She could tell it was old because there was rust on the hinges and latch. Delicately carved on the top was a house with the initials A and L in a small spidery script, instead of windows or doors.

Opening the box and reaching inside she lifted out a photo of a couple on what must have been their wedding day. Flipping it over she read, "Alice and Louis Royal June, 1941." He was wearing a army uniform and she a light colored suit with even lighter piping. She held a bouquet of camellias with one hand. Her other was tucked inside the crook of his arm . They smiled at each other instead of the camera.

Jennifer frowned slightly when she saw what laid beneath the wedding photo, a yellowed carton of American brand nails. Although it looked like the box had been opened, it still seemed full of nails. "Funny thing to keep in a keepsake box," she thought.

Next, she removed a bundle of letters tied with cording. They were addressed to Alice and postmarked through March 1944. Jennifer laid them aside and pulled out a another letter. This one was not in an envelope. Unfolding it she read,

"My Dearest Alice, We married only last week and already I must leave you tomorrow. I made this box for you as a promise of our life together once the war ends. Inside you'll find a carton of nails. I used a few to build this box. Save the rest until I come back. I'll use them to build a house for you and our children, just like the one you like on Maple Street. I love you. Remembering your smile and thinking of the life we'll build together will be the first and last thing I think of each day I'm away from you. Your loving husband, Louis"

The last thing the box contained was a yellow crumbling letter from the army. Scanning it quickly, Jennifer realized it held condolences and thanks for Alice's husband's service to his country. It was dated April, 1944.

Sadly, Jennifer returned the contents to the wooden box. Closing the lid, she rubbed her fingers along the lines of the carved house and initials while thinking about unfulfilled dreams and lost love.

Jennifer honked the horn for Tim to come unload the supplies from the back of the SUV. She carried the carved box into their dream home, placing it carefully on her husband's makeshift work table. She quickly told Tim the story of Alice and Louis.

Opening the lid, she pulled the old carton of nails out and handed them to Tim. "Use these" she said "on any building you do here. And before we put dry wall up, I want us to write a letter outlining our hopes and dreams about our life together in this house. We'll take our picture and put it in the box with our letter. I want to place the box in the wall like a time capsule. Maybe in another 65 years someone will find it and add their own story." 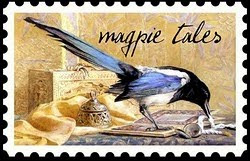