The space shuttle, Discovery passed overhead this morning. I didn't see it, but I know it did because Rachel heard the sonic boom. She thought it was an explosion. When I told her that I'd driven the last mile to work with the windows down and the radio off in expectation she realized that she'd heard it. I was disappointed not to hear it myself.

I had to do a little research to be able to explain the boom to her. I haven't heard one since I was a teenager and I'd forgotten the cause. In case you have too, here's a quick refresher course: the boom occurs when the sound barrier is broken in supersonic flight. The object passing through the air forms pressure waves in front of and behind the object. These waves travel at the speed of sound. When the plane or shuttle travels faster than the speed of sound the waves are compressed together into a shock wave and the boom occurs. (it's really more complicated than this, so just call my explanation Sonic Booms for Dummys)

This probably explains why Rachel heard it at her home, but why I was unable to at work:

Since the boom is being generated continually as long as the aircraft is supersonic, it fills out a narrow path on the ground following the aircraft's flight path, a bit like an unrolling celebrity carpet and hence known as the "boom carpet". Its width depends on the altitude of the aircraft.

I suppose I wasn't in the red carpet area.

By the middle of 1971 sonic booms had been outlawed by Congress over populated areas. 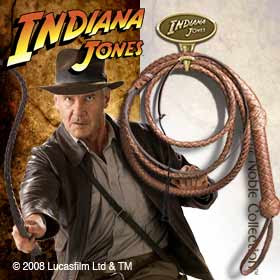 An interesting tidbit I picked up while reading up on the subject today is that the sound created when a bullwhip is cracked is a small sonic boom. The end of the whip, which is known as the cracker, moves faster than the speed of sound when the whip is wielded properly.

So there you have it....the little that I know on the subject.

Posted by steviewren at 4:08 PM

Labels: just because I wanted to know