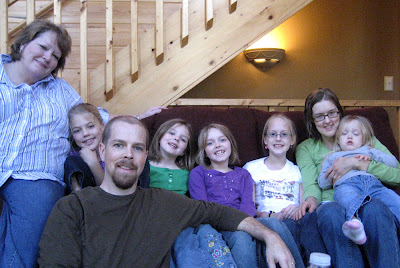 together again
family photo shoot
Me, EG, Brandon, LC, MK, MB, Beth, CA....CJ was sleeping
MB is my DIL's niece. I picked her up and she rode up to the mountains with me. Her grandparents came along later in the week.  The girls are 11, 10, 8, 6, 3 and the baby who was sleeping is 4 months. 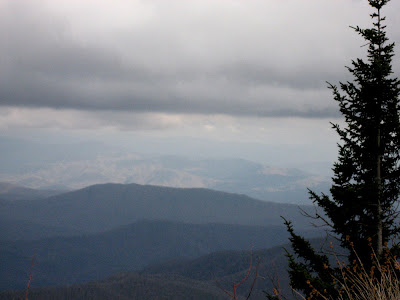 The cloud cover is rolling in over Clingman's Dome.  I stayed with the baby while the rest of the crew climbed to the highest point in the park. They said they were able to get a good view despite the clouds.
At 6,643 feet, Clingmans Dome is Great Smoky Mountains National Park's highest point. Located along the state-line ridge, it is half in North Carolina and half in Tennessee. The peak is accessible after driving Clingmans Dome Road from Newfound Gap, and then walking a steep half-mile trail. A paved trail leads to a 54-foot observation tower. The Appalachian Trail crosses Clingmans Dome, marking the highest point along its 2,144 mile journey.

ps  this is what it looked like the last time I walked up to the top of the dome. 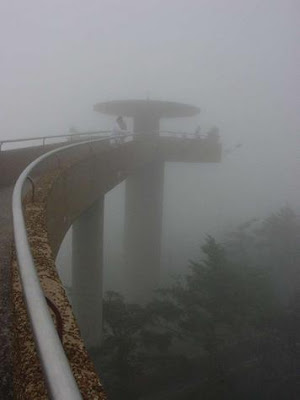