And because I somehow didn't record the beginning, here are the words, just as they wrote them down:


A Chant About The Pilgrums
verse #1
The Pilgrums, the Pilgrums,
They had to leave, to worship
To worship God in their own way.
But, oh, how the waves did heave
On the Mayflower one day.
verse #2
And when they finally hit the North American Bay
They shouted so loud you could hear them say,
"Were here, were here in North America!
Were free!
Were free! Were, free!
verse #3
But that winter was a very bad one,
And many into death they did dive.
But the next year, when winter came around,
The Indians helped them survive.
verse #4
Then that fall,
They had a celabration.
They each thank God, one and all.
They ate alot of food,
And played alot of games.
As you can see, all of them were in a happy mood.
They ended thanking God for their wonderfull year,
And we still keep Thanksgiving, and were having it right here.
Happy Thanksgiving Every Body! 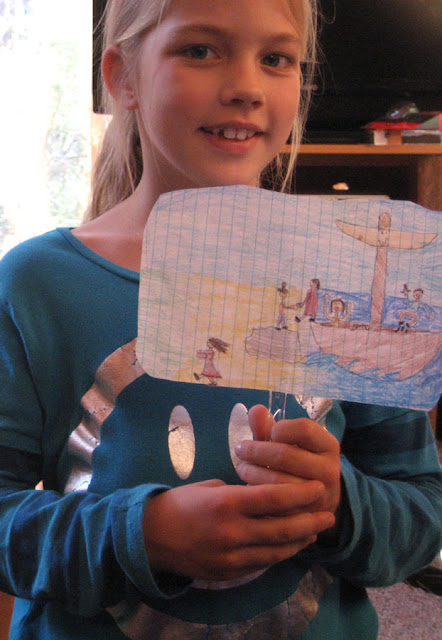 EG and those happy "Pilgrums" when they reach the shore. 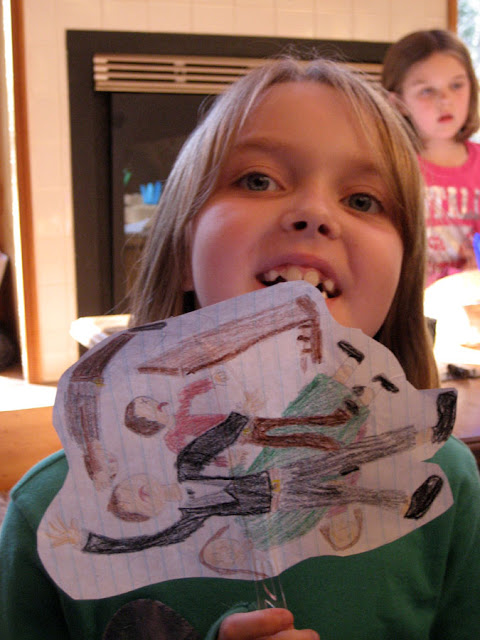 MK and the diving dead....(dive cause something has to rhyme with survive!)
And because little sister felt bad because she wanted a part too, I helped her write a poem as well...so please forgive me. I'm not as talented as those two clever girls. 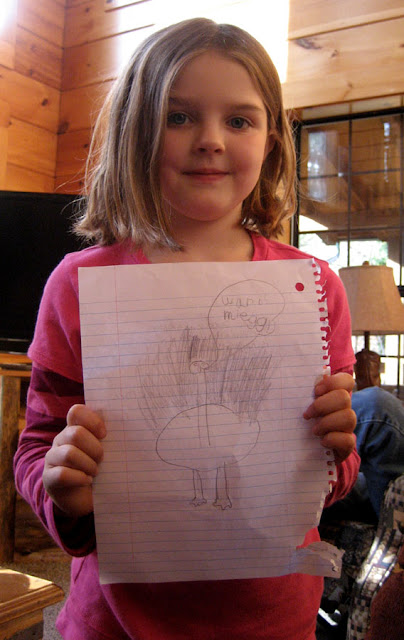 LC with her turkey illustration. The caption says " Wares my eggs?"
I've got a lot to be thankful for don't I?
Posted by steviewren at 5:03 PM