You know the smell...it always reminds me of fresh dirt. That pleasant earthy smell is caused by the bacteria, Actinomycetes, which is found forest liter or compost. It grows as a filam

entous white thread in soil. The bacteria produces spores in dry soil, which rain drops splash upward upon contact. These spores become airborne carrying the scent with them. This bacteria is found in soil all over the world which is why this is a universal phenomenon. The bacteria thrives in moist soil, but the spores are released when the soil dries out, which accounts for the fact that that "rain" smell is strongest after a dry spell.

Scientists have discovered that getting your hands in soil may help lift your mood. The bacterium Mycobaterium vaccae found in dirt may have antidepressant properties which activate serotonin in the brain.

Is a little dirt good for us? Is our general good health and well-being boosted by germs found in everyday dirt? Yes, is the resounding answer from scientists.

In studies of what is called the hygiene hypothesis, researchers are concluding that organisms like the millions of bacteria, viruses and especially worms that enter the body along with “dirt” spur the development of a healthy immune system. Several continuing studies suggest that worms may help to redirect an immune system that has gone awry and resulted in autoimmune disorder, allergies and asthma.

As you might imagine, children who grow up on farms are frequently exposed to worms and other organisms from farm animals. But did you know that these children are much less likely to develop allergies and autoimmune diseases than children raise on a steady diet of hand sanitizers and ultra cleanliness? 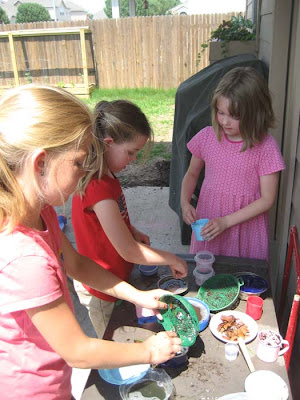 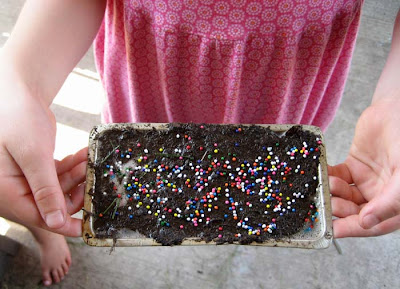 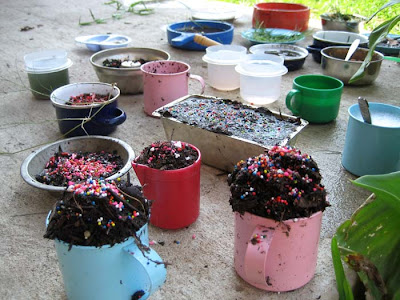 Dirt cakes and cupcakes decorated with sprinkles...mmmm.
Remember the fun of dirt cooking?

I think it might be time for me to get outside and get my hands in the dirt. What can it hurt? I might feel better and my flowers will appreciate the care.
Posted by steviewren at 10:14 AM

Labels: just because I wanted to know, the people I love