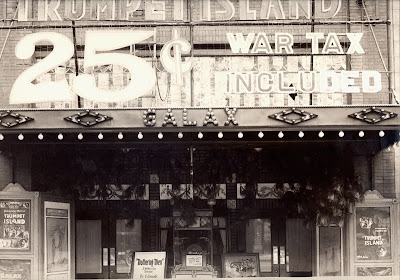 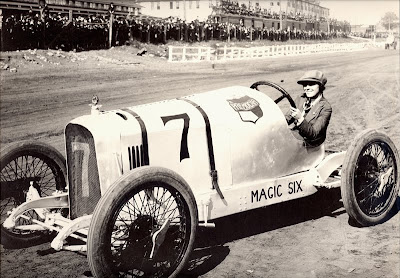 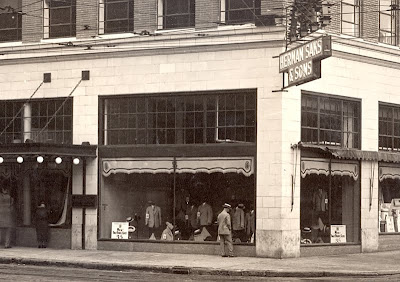 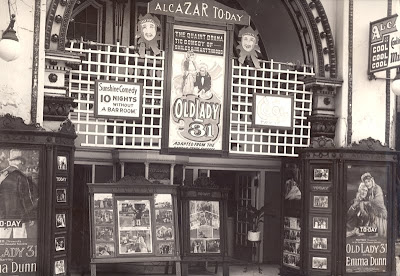 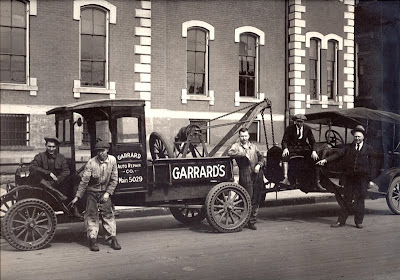 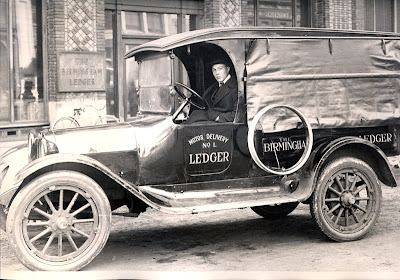 These photos are the work of O.V. Hunt, 1881-1962. They show Birmingham in the second and third decade of the last century. You can find more of his photographs here and here.

None of these businesses or locations exist in this form today. The Galax and the Alcazar theaters are long gone. Their heyday was during the silent movie era. The only thing I can find out about Herman Saks is in 1934 his company was involved in a law suit regarding mental anguish. The Birmingham Ledger was bought out by its rival paper, The Birmingham News, in 1918. And, I can't locate any info about Garrard's Auto Repair Co.

Each photo contains a snippet of history that would be long gone except for these black and white images which were taken almost a century ago. I wonder what people will think 100 years from now when they look at the photos we take today.
Posted by steviewren at 12:07 PM