Why A Great Picture is Nearly Impossible

I spent Christmas eve at my mother's home....like I've done almost every year since 1978 or so. Before that we always went to my Bigmother's home. At Bigmother's (my maternal grandmother) we cousins would chase each other through the house, play elevator in my uncle's big closet and wait until it was time to pass out gifts. We didn't open our presents there. We always took them home and waited until Christmas morning to open them. Then, on Christmas afternoon we traveled around to each other's homes to see everyone's gifts.

No one decorates a house for Christmas like my mother. Every year we have to walk through all the rooms looking for new stuff. This year it was an almost life size Santa standing at the top of the stairs waiting to greet us all. 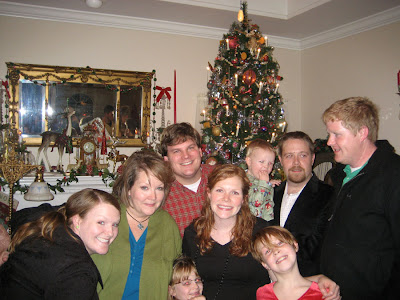 After taking copious amounts of photographs of each other and hugs, kisses and Merry Christmas's all around my youngest (unmarried) son and I follow my oldest son's family to their home a couple of hours north of mother's. We spend the night and have Christmas morning with them. It is so much fun to be with children on Christmas morning.

Later as we were leaving, I asked my daughter in law to take a picture of me with the kids. I thought you might like to see why it is so hard to get a great shot. 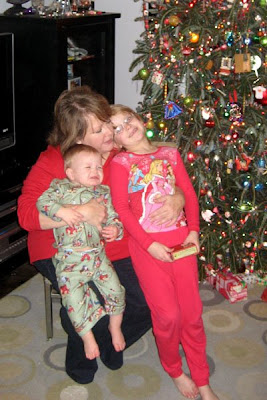 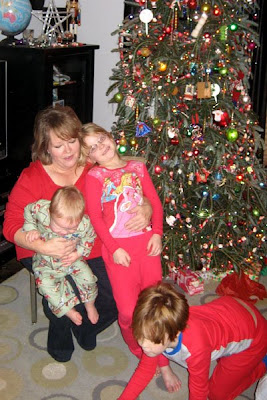 Baby squirming to get away, sister #1 too busy with something on
the floor to get in the picture, sister #2 happy to rest, maybe take a nap 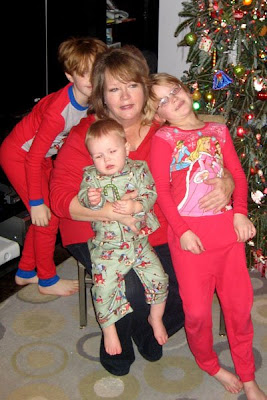 Wouldn't this make a great time to play hide and seek? 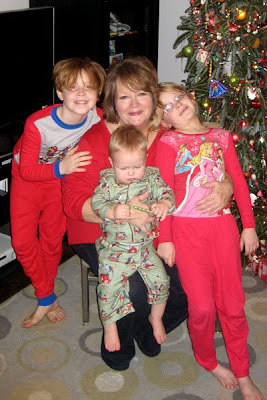 Almost everyone is looking at the camera! 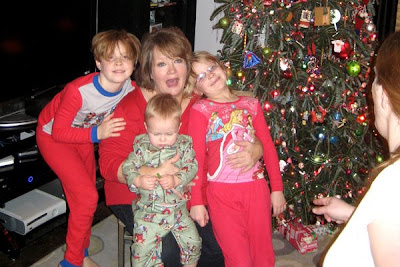 Trying to get baby to look up and smile 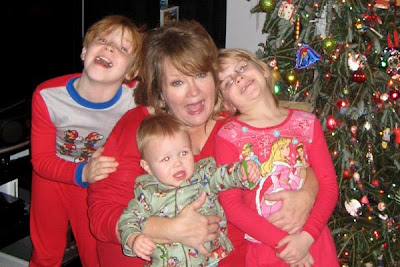 At least this time we are all looking up 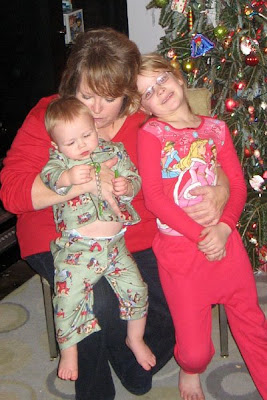 I've gotta get one last hug and kiss before I let go!

Christmas isn't over yet, because this afternoon my Texas family will be rolling into town to spend a week. I will be spending the rest of the day cleaning. It's a big job....you can see I am already procrastinating!

I hope everyone of you have had a wonderful time with your loved ones too.
Posted by steviewren at 8:02 AM