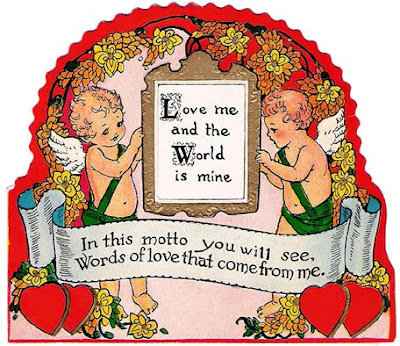 We humans have probably endowed the objects of our affection with loving nicknames for as long as there have been spoken languages. Since we celebrate Valentine's Day this month, I've tried to do a little research on commonly used terms of endearment.

Did you know that the term sweetheart was used to refer to a loved one as early as the 1200s? The first recorded source in which someone calls their sweetheart honey is found in 1350. Sugar became a part of the English vocabulary via the Normans and their invasion if England in 1066, but the word wasn't used as an affectionate label until 1930. Wikipedia states that the term baby was first used as an endearment in 1839.

So many of our tenderhearted words are the names of things that taste sweet in our mouths. Treats, delicacies, tidbits, goodies; we use words associated with these things to describe the ones we love.

I have sweet memories of being called baby by my daddy when I was young. He still calls me that sometimes. I went to a boarding school in the deep south the first year I was in high school. The owner/head mistress peppered her conversations with "Sugar" this and "Sugar" that. Always pronounced sugah, the r was never spoken, the emphasis on the last syllable was long. I still call my own children sweetheart sometimes....because they are....sweet to my heart.

What terms of endearment do you use with the objects of your affection? 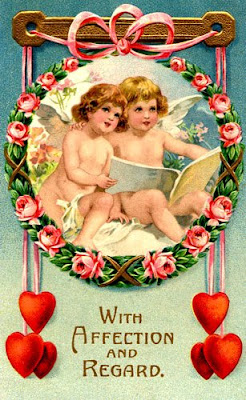 Darling: the popular form of address used in speaking to a person of the opposite sex whose name you cannot at the moment recall -Oliver Herford
Posted by steviewren at 8:44 AM