A few years ago, my mother gave me a bundle of postcards that had been her mother's. Flipping through them reminded me of a number of things about my 'Bigmother' as she was known to her eleven grandchildren.

She had a very social personality. She belonged to the local garden club. She was president of a few organizations in her lifetime. She loved to travel. She regularly took off to visit friends or relatives. Even into her 80's she would jump into her car and pick up her friends for a day of adventure. She always called her friends 'girls' even when they were all past 70.

These are a couple of postcards that were part of Bigmother's stash. 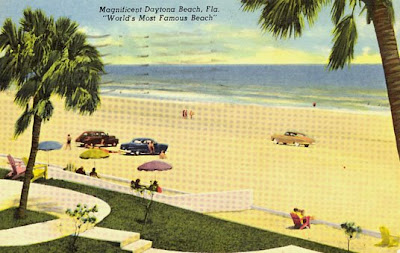 All of my childhood Florida vacations were spent here...Daytona Beach....on the Atlantic side of the state. 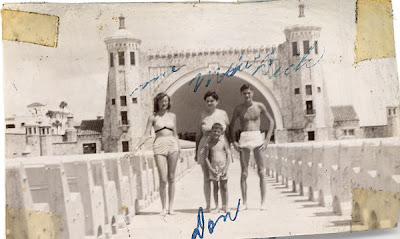 This is my mother and 2 of her brothers with my Bigmother. I believe this was taken in St. Augustine, FL, but I 'm not sure. It is close to Daytona. 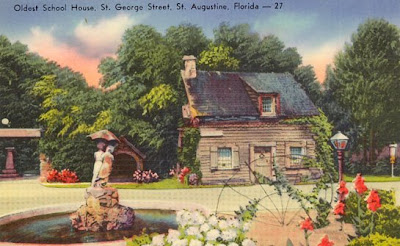 St. Augustine is the oldest continually occupied city in the United States.

Happy Postcard Friendship Friday! Pop over to Marie Reed's blog to get a complete list of participants.
Posted by steviewren at 7:20 PM