the Ring of Kerry

After a couple of days in Dublin we set out to circle the Ring of Kerry and other points of interest in southwestern Ireland.

Along the way we stopped at Adare with it's quaint cottages: 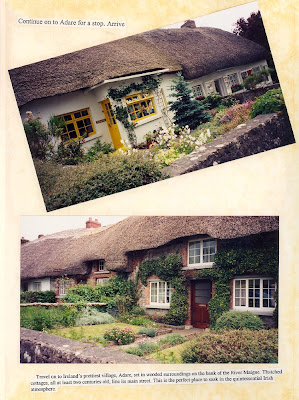 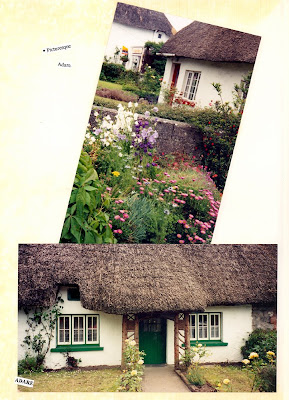 Another stop was the Rock of Cashel in county Tipperary, which is the traditional site of the conversion of the King of Munster by St. Patrick in the 5th century. The buildings there date from the 12th and 13th centuries. 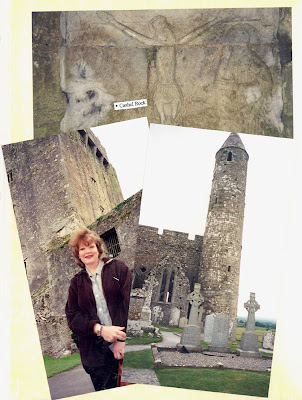 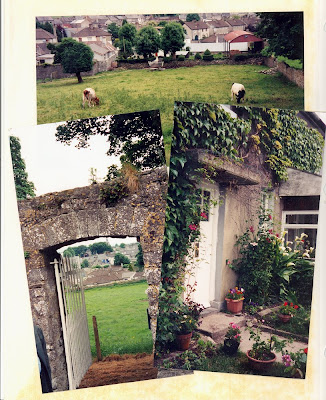 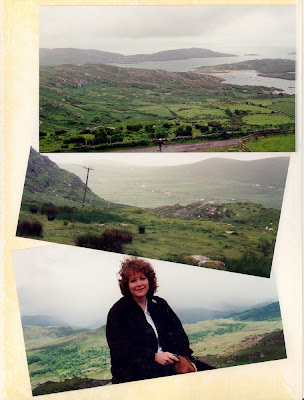 Took a jaunting car ride through the National park in Killarney: 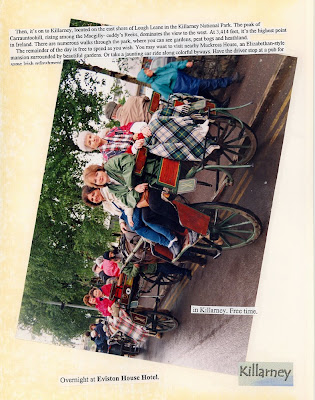 I wrote in my journal that our driver was dirty, with rotten teeth, gaunt face but twinkling eyes. He told stories and made jokes on the long horse and buggy ride along rhododendron and yellow iris lined roads. We passed a large loch with Ross Castle visible on the water's edge on the far side of the lake.

Next stop: Kerry Bog Village. You can see how people lived and worked in Ireland in the 18th century here. If you are ever in the vicinity be sure to stop and explore but don't leave before you sample their Irish coffee....the best I've ever tasted. 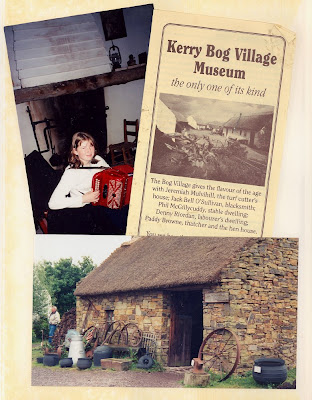 What would a trip to Ireland be without a visit to the Blarney Stone? Although I balked at kissing that black slimy looking spot....I already have enough of the gift of gab to do me I think. 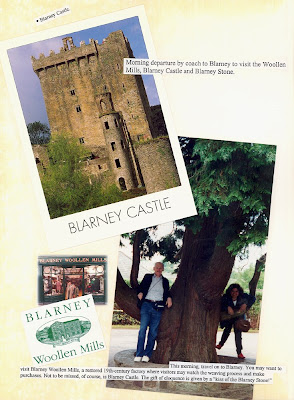 On our last night in Ireland we traveled the short distance from Dublin to the former fishing village of Howth. These days it is considered a suburb of Dublin. 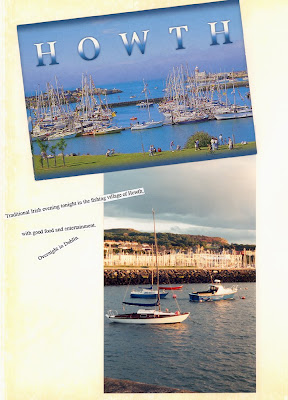 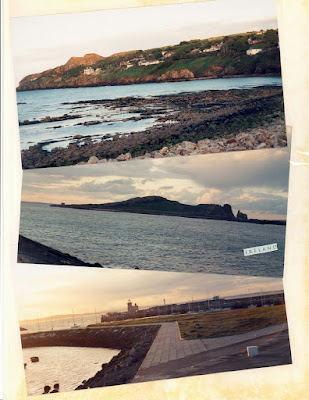 We had dinner there and my traveling companions surprised me with a cake...since it was my birthday. 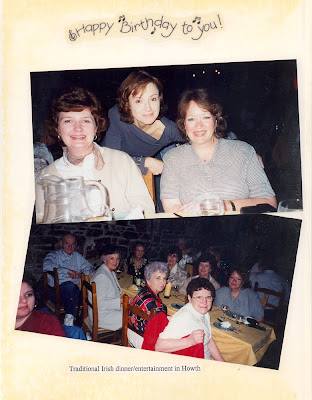 It was certainly a nice way to celebrate getting older.
Posted by steviewren at 5:31 PM