Ah, summer, what power you have to make us suffer .... 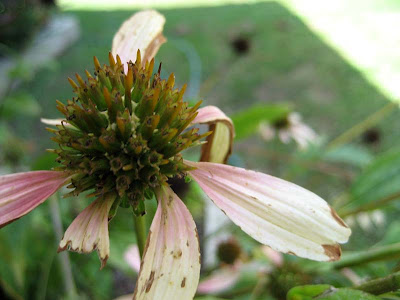 Just about everything outside my door looks like this.
Alabama has never, repeat never seen weather this hot for his long. A couple of days ago the Birmingham metro area broke the previous record for # of consecutive days 90 degrees or warmer. The old record was a tie between 1932 and 2007 when there were 37 consecutive days of 90 + heat. As of today, August 13th, we've had 40 consecutive days of 90+ heat. The last time we had a high under 90 degrees was on July 4th.

Folks, it's hot here in the South. Which reminds me of an assignment I had in my college philosophy class. We were learning about Venn Diagrams and syllogisms. A syllogism is a type of logical argument in which a conclusion is inferred by two premises. It can be thought of as a type of deductive reasoning. Facts are determined by combining existing statements. Here's an example:

Anywooo....all that to say, here is a syllogism I made up.

I think it's an appropriate assessment of our current weather.
Posted by steviewren at 6:32 PM