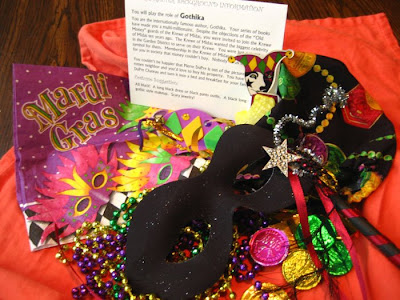 A few years ago, some dear friends began hosting their annual Murder Mystery Dinner. At least a month before the event, invitations are mailed to the participants. Everyone is assigned a character to play for the evening. Participants are expected to keep their identities under wraps until that night. Each person arrives at the party in character as well as in costume. Some time is spent getting to know one another over appetizers and drinks. 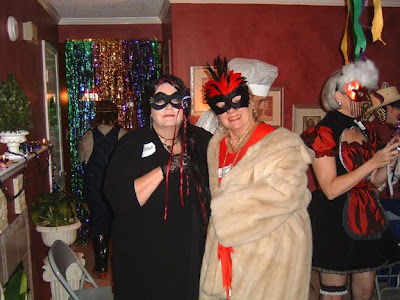 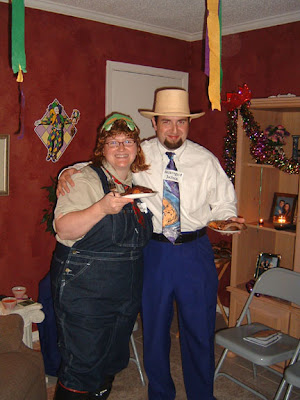 As each person is seated around the table for dinner, they are given a script and the fun begins. Someone was found murdered before the party began. Now the goal is to be the first to unravel the mystery. Who done it? 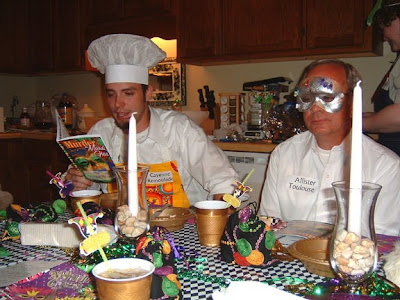 The setting for the first mystery dinner was a Mardi Gras party in New Orleans. I played Gothika, a .......wait for it.....Gothic mystery writer. As you may have already noticed, my friends are quite inventive with costuming, I am something of a dolt. After much thought about how to portray my new alter ego, this is what I came up with. (I am also cheap, so I didn't want to spend much money) 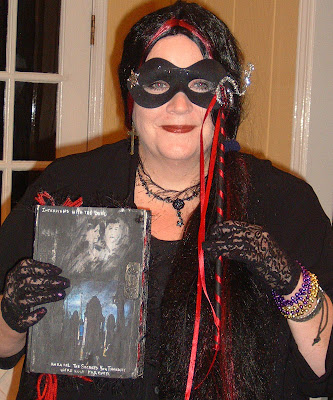 My goal was to channel an Anne Rice-ish persona. Being a writer, I felt I should take along some of Gothika's writings. Sadly, her book is out of print at this time, but there will be a short show and tell blog entry tomorrow for those of you who are fans. 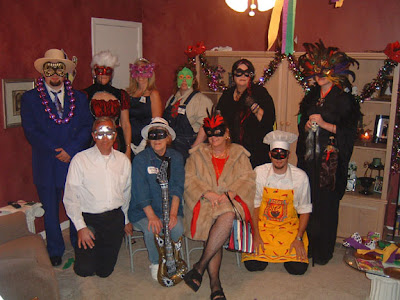 The first annual Murder Mystery Dinner was declared a success, as everyone declared they had had a great time. New friends join the party each year. Let me know if you would like to read about other parties. I will be spending a part of this weekend getting this year's costume together. The party will be held November 1st.

(here's a little hint about my identity: this year my best friend is named Polly)


ps I was a little under the weather yesterday, hence no Artober offering. Today's artwork is the new blog banner. Each image is drawn or photographed and manipulated by me.
Posted by steviewren at 1:35 PM