Hooray, Marie is back at Cpaphil Vintage Postcards and that means PFF is back!

You might remember that I recently took a week of vacation to help babysit for my granddaughters, while their parents took a 10th wedding anniversary trip. My son managed to keep the destination secret until they were at the airport. My daughter-in-law thought they were going on a getaway to Chattanooga, a nice place to visit, but a city they had seen many times before. 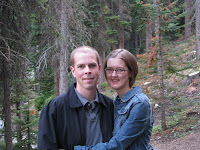 Instead, the Canadian Rockies were the place he had in mind. They flew into Calgary, spent the night, had Sunday Brunch in the 360 degree restaurant atop the Calgary Tower and then traveled on to Lake Moraine in Banff National Park.

Thanks guys for sending me a postcard from Calgary....you know that's just the souvenir I wanted.....(cause I asked you for it. *grin*) 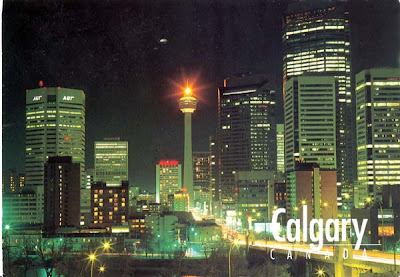 See the Calgary Tower in the center of the card.

My son and daughter-in-law are natural photographers. They both have an unfailing eye for detail and beauty. I asked if I could share a few pictures from their trip with you. I think all of these were shot at Lake Moraine. 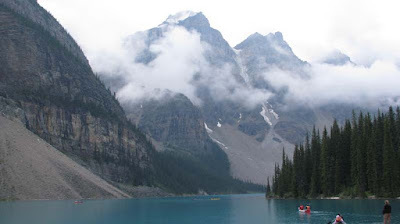 My DIL said he took the long shots. 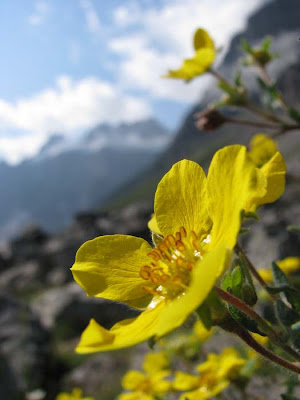 And she took the close ups. 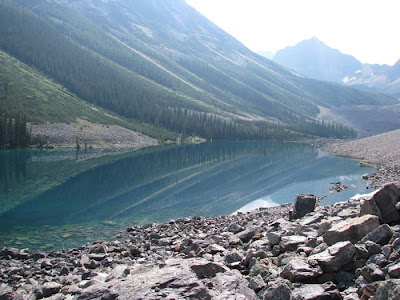 Don't you love the texture and pattern in this photo? 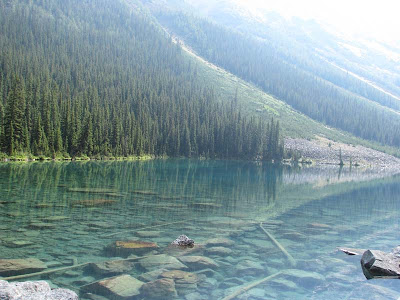 Can you believe how clear and blue the water is?

I hope you liked taking this Friday mini vacation with me. It's the reason I enjoy PFF so much....seeing the world postcard by postcard with you. Happy PFF!
Posted by steviewren at 8:38 PM