In A Strange Mood

Remember when I said I would like to have a collection of doll heads? Well, what do you think? Kind of creepy aren't they? 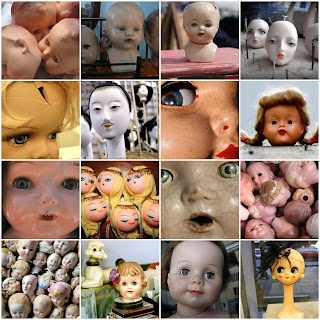 
Since I was a child, the thought that toys might have secret lives of their own has always been a fantasy of mine. I loved books about toys coming alive after their owners would go to sleep. They would fill the night with tiny adventures and toy mayhem, but in the morning things would return to normal and the owner would never be the wiser.

Imagine my delight when Pixar made Toy Story. I have seen it a number of times and I still get a kick out of Woody's irritation with Buzz Lightyear's refusal to believe that he is a toy. 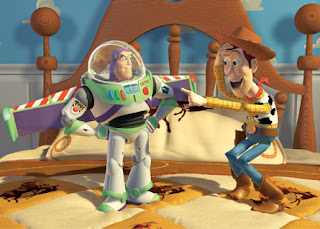 Here are some favorite quotes.

Buzz Lightyear How dare you open a Space Ranger's helmet on an uncharted planet?! My eyeballs could've been sucked from their sockets!

Rex "I'm from Mattel. Well, actually I'm from a smaller company that was purchased by Mattel in a leveraged buyout." 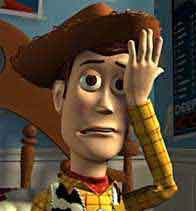 Woody is my all time favorite cowboy toy. I have 3 Woody dolls and numerous smaller versions. I even decorate a Christmas tree for my grandkids (really for me) using toys as the ornaments. The majority of the ornaments are Toy Story toys that came with Burger King kids meals. Yep, I ate a lot of burgers and kids fries. And I'm proud of it.
Posted by steviewren at 11:11 PM