Drive By Shootings My Way

I love taking photos. I'm not nearly as good at it as I wish I was. Part of the reason I'm not is probably due to laziness. The other part is because I am not bold enough to get out of the car and make a spectacle of myself in order to get the best shot. So I take a lot of "drive by shootings."

Here is a little taste of all I saw on my way to Florida and back last week.

As I drove further and further away from home, I left the mountains and rolling hills behind quickly. Once I past Montgomery, the capital of Alabama, my route was mostly along two lane highways through rural farmland. The towns were small with only one or two red lights. 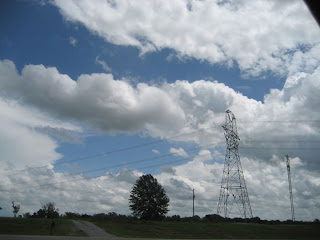 I stopped for a sandwich and to stretch my legs in Florala. You might guess by its name that this Alabama city sits squarely on the state line. This old home was across the street from the Hardees. Notice the Spanish moss hanging from the tree. 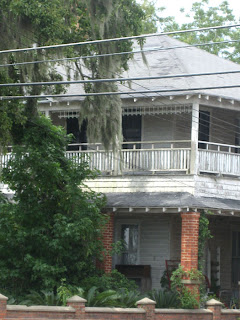 This bed and breakfast was next door to Hardees. Both houses look like they are only shadows of their former beauty. 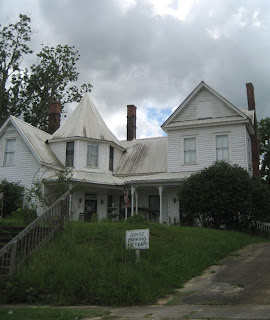 And here is the state line, only a couple of blocks away. 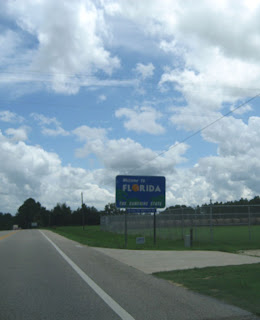 Florida is even flatter than LA (lower Alabama) and the sky is very big. 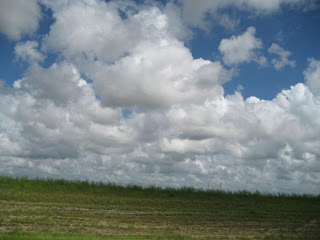 These are some drive by shots of Seaside. It is a lovely upscale resort town that was the setting for The Truman Show movie that came out in 1998 starring Jim Carrey. It is a great place to go for an afternoon of wandering through the cute little neighborhood on foot or on bike. I took 2 of the girls over there one afternoon for snow cones. There is an old fashioned grocery store/deli there where my daughter-in-law and I went to pick up lunch one day...deli sandwiches with tubs of pasta, olive and shrimp salads for the sides.

I don't know who made this YouTube video but you can get a sense of the market by viewing it. 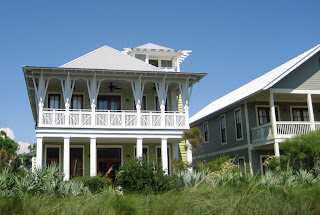 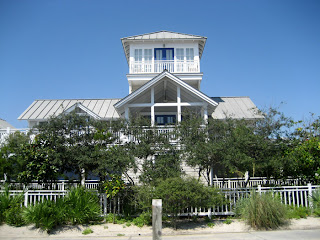 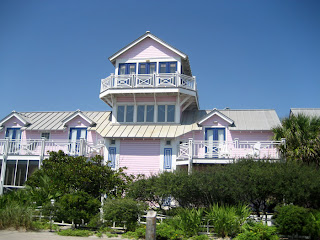 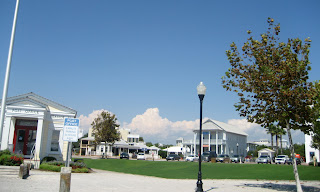 On my way home I saw this Florida style camp home. 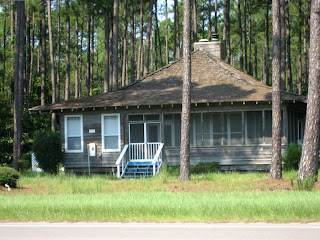 It wasn't far from this small river. I thought the piers and reflections in the water were gorgeous. I turned around and went back for this shot. 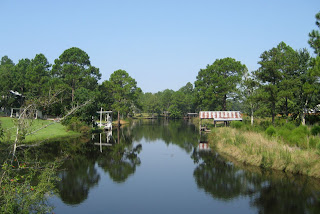 In DeFuniak Springs I caught sight of this great old Motel sign. It looks like something out of the 50s or 60s doesn't it....in the land time forgot..... 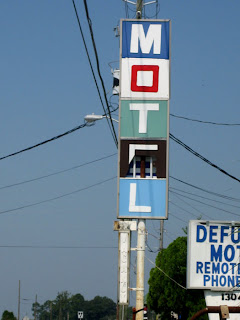 I stopped at a red light across from this fantastic home and quickly turned left to take a shot of it. If you are like me you would have liked to ask the elderly gentleman, who was puttering in the yard, if he would take you on a guided tour. But if you are like me in reality, you would take your picture on the sly and be on your way before you were noticed. 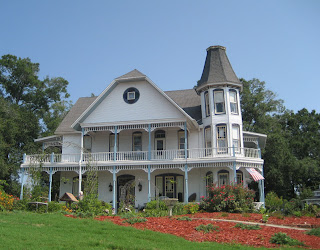 Before I knew it, I was back in Alabama again. 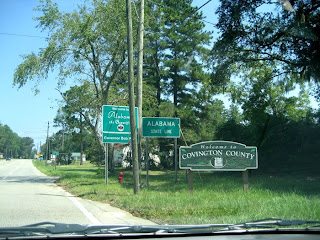 I drove a couple of blocks and caught sight of something I had missed in Florala on the way down. In front of what looked like municipal buildings, I saw four Greek columns. There was a marker underneath. Now that I am home and have had time to ponder things I am kicking myself for not getting out of the car for once and reading why there would be four Greek columns in the middle of an small Alabama town. 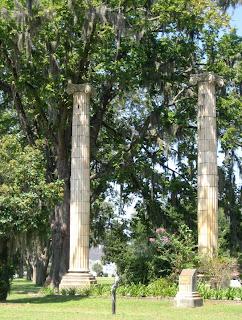 I bet they once held up the porch of an Antebellum home. 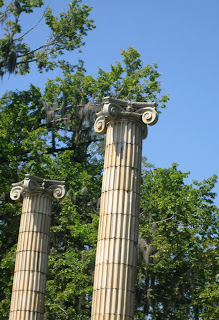 I hope you enjoyed taking a look at a few of the things that inspired me to take a second look on my trip.
Posted by steviewren at 9:04 AM