I have a small collection of old photos which I love to look through. I wonder about the people in the pictures...who were they...what kind of life did they lead...where are they now...how did they lose these pictures.

For instance, take these three friends. Did they keep in touch once they were out of the military? How old were they? Did they take part in combat? 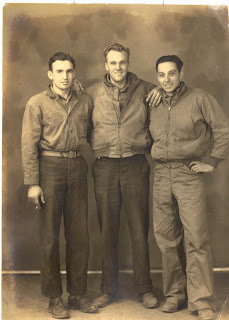 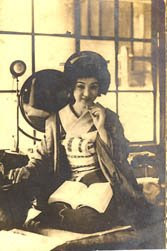 So do you think this couple lived happily ever after? 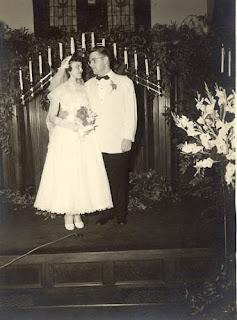 Check out the Danish Modern sofa this cute little family is posed on. The back of this photo says 1962. I think little sister was probably very spoiled. What do you think? 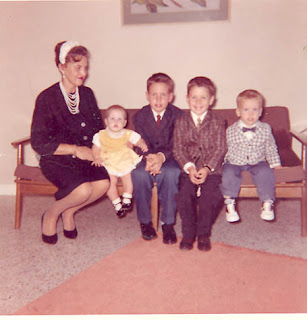 I think the next three sets of pictures are of the same woman. I call this first set of pictures her glamour shots. 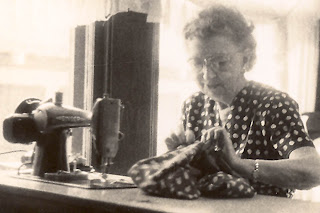 I think this is her on vacation in Miami. Notice the Art Deco hotels in the background. Are you thinking the same thing I am...why is she beside the pool in her Sunday best instead of her one-piece bathing suit and straw hat? 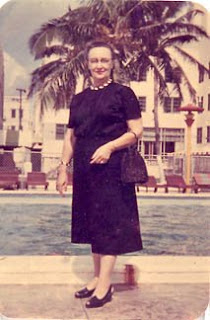 Posted by steviewren at 9:09 PM