London, The Biography by Peter Ackroyd

I checked out the above mentioned book from my local library once before, but was unable to delve very far into it's 773 pages before it was due back. Today I decided that it was time to give it another go. Every page is packed with interesting tidbits and information.

"The relics of past ages have been found beneath many areas of London; they are the foundations upon which it rests." 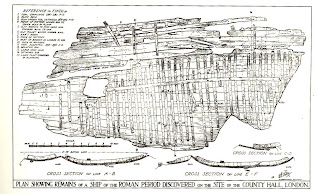 In 1682 John Dryden wrote this rhyme recognizing the now forgotten landscape of London:

" Yet monsters from thy large increase we find
Engender'd on the Slyme thou leav'st behind. "

The remains of a mammoth were found in 1690 near what is now know as King's Cross. Hippopotamus and elephants were found beneath Trafalgar Square. Mixed in with the bones of the King's Cross mammoth were pieces of a flint hand-axe dating to the Palaeolithic period.

"In the late Neolithic period there appeared, from the generally marshy soil on the northern bank of the Thames, twin hills covered by gravel and brick-earth, surrounded by sedge and willow. They were forty to fifty feet in height, and were divided by a valley through which flowed a stream, We know them as Cornhill and Ludgate Hill, with the now buried Walbrook running between. Thus emerged London."

And so begins the biography of London.

I've been a visitor to this great city twice and I am now a dreamer of future trips. This is me exactly 10 years and 3 weeks ago. 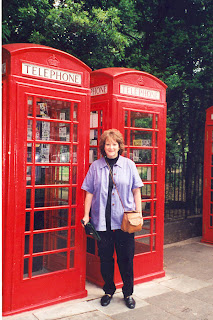 Posted by steviewren at 9:08 PM